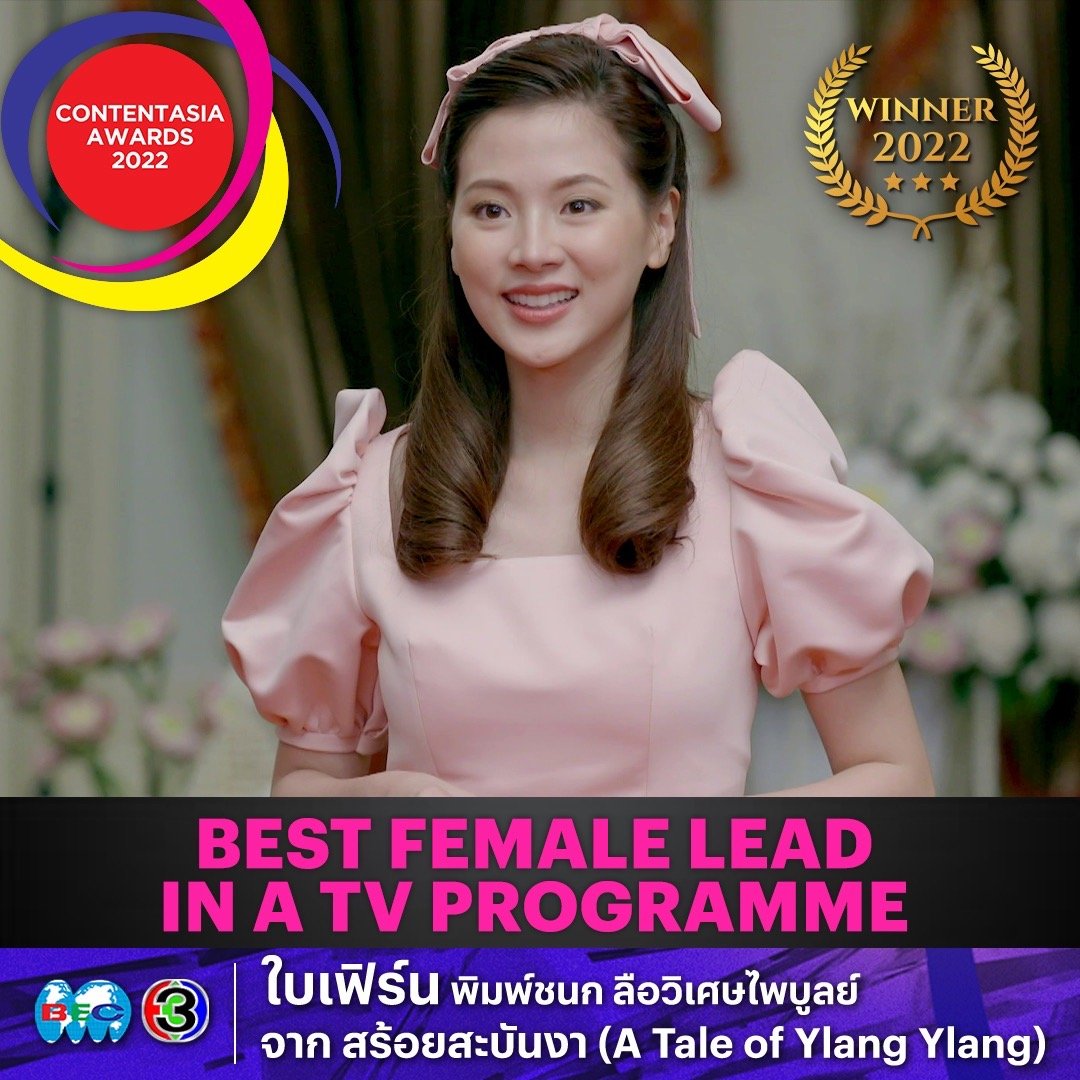 "Baifern Pimchanok Luewisetpaiboon" the female lead role in “A Tale of Ylang Ylang” on Channel 3 was awarded for Best Female Lead in a TV Programme  in ContentAsia Awards 2022 Ceremony that was held on the 26th of August 2022 in Bangkok. “A Tale of Ylang Ylang” was produced by "Jariya Anfone" from Maker J Group and directed by "Adul Prayanto" and "Wasin Samanyakul"

ContentAsia Awards 2022, is being held in Thailand for the first time by ContentAsia Magazine, the leading international print and digital media company that provides in-depth coverage of the content market movement in Asia for more than 15 years which has awarded the best performance in Asia to people in the entertainment industry both in the foreground and behind the scenes in the production and creation of quality work until it is recognized internationally The award was announced and also live on August 26, 2022 via Facebook Live ContentAsia